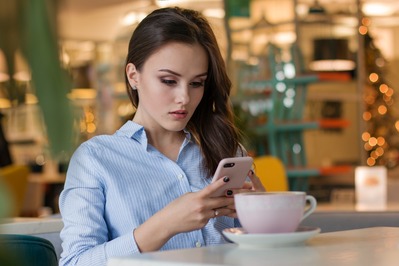 On teen forums our children are encouraged and recruited to early sex and prostitution on the internet and also in movies. How can this be?

Hannah, who is now in her early 20s, says in the documentary that she watched a movie where another girl has sex meetings with older men and this girl describes in it what attracts her to it. Prostitution of minors is played down, it is presented as a certain attraction to sell oneself for old geezers and pedophilia. Hannah is fascinated. And when she is just 14 years old, she starts to do it herself as well.

This child has been abused and deflowered for little money.

A recruitment film advertising purchased sex and underage prostitution? Hello world, sex with minors is a crime. It is sexual abuse.

Surely this kind of thing should be banned. Why do people just look the other way? If there weren't people who do time-consuming research and publish it afterwards, something like this wouldn't even come to light.

Now we know: There are Internet sites where sex with minors is offered. These are quite normal classified ad platforms. Very young teenagers, who are just getting to know life, searching for identity and recognition, fall for it out of curiosity and start prostituting themselves for a little pocket money. That can't be true, can it? This also has nothing to do with self-determination.

Do we really want this?

Do we want prostitution to seduce our children and make it normal for men to sexually abuse and rape children, teens and women? This is exactly what we are raising our boys to do: it is normal to be a sex addict and normal to buy sex. Like father, like son....

But how do NGOS, authorities, organizations, politicians think about it?

A social worker from another aid organization recently coldly said to us that an ethical sense, one's conscience and the belief that prostitution is abuse is an ideology and a lie. Also, this person meant - a prostitute - cannot do anything else, they have to stay in prostitution. They can't get out at all.

But we experience the opposite! We experience that women blossom with us and get new courage and sense of life. We are also currently experiencing an onslaught of women who want to leave. We are experiencing one miracle after another. It just exceeds our resources. That is why we are happy to receive financial support.

Because all these lies of the prostitution advocates are simply not true.

Well, I am ashamed to be Swiss. I cannot identify with such thinking as that of this social worker or other organizations.

Where is the protection of our children, and the exploited women and what about the families that are destroyed by sex addiction?

This is where society is in dealing with purchased sex and abuse: it promotes prostitution and people and pushes the exploited women into the pigeon hole of prostitution. It deprives them of any hope for change and the right to live a nice free life without prostitution!